Mick Jagger, Roger Waters, Chris Martin and Gustavo Cerati, each with their record

December 6 last year Coldplay’s return to Argentina was announced with a show for October 25 of this year at the Monumental Stadium. With an increasingly strong relationship with the local public added to the refrain from seeing live music, nobody thought that it was going to be that one date. But neither the most fanatical nor the most optimistic imagined that the account could reach nine, and who knows if it will stop there. In this way, Coldplay matches the feat of Roger Waters in number of consecutive shows at the River Stadium and was just two away from reaching the Rolling Stones in total concerts in the largest stadium in the country.

The tickets for the first show flew in a matter of hours and concerts were added for the 26th and 28th. A few days later, the demand forced to add to the 29th and the group began to consolidate an unexpected phenomenon. Time passed and the rage did not subside. A week ago, they added a fifth concert and the public responded again. A week later, there are already nine shows scheduled for River, with eight sold-out dates – November 1, 2, 4 and 5 were added – and a ninth for November 7 with which they reached Roger Waters’ record of 10 years ago.

Phenomena are difficult to explain, that is why they are phenomena”, warns teleshow Daniel Grinbank, an authorized voice to talk about concerts and cultural production in Argentina. “Although this is above average, the truth is that the music part is working very well. There is a lot of desire after the pandemic to go out and there is a sector that takes advantage of the small possibility of accessing shows, ”he adds.

To ratify his words, Grinbank cites other phenomena on a smaller scale “People were locked up for a long time, that variable has to do with, where you have phenomena like Duki, Wos, Bad Bunnythere is an avidity that is crystallizing in the shows, within a great moment for cultural consumption”, says the businessman who has just celebrated the 300,000 visits with the show Imagine Van Gogh in the Rural. 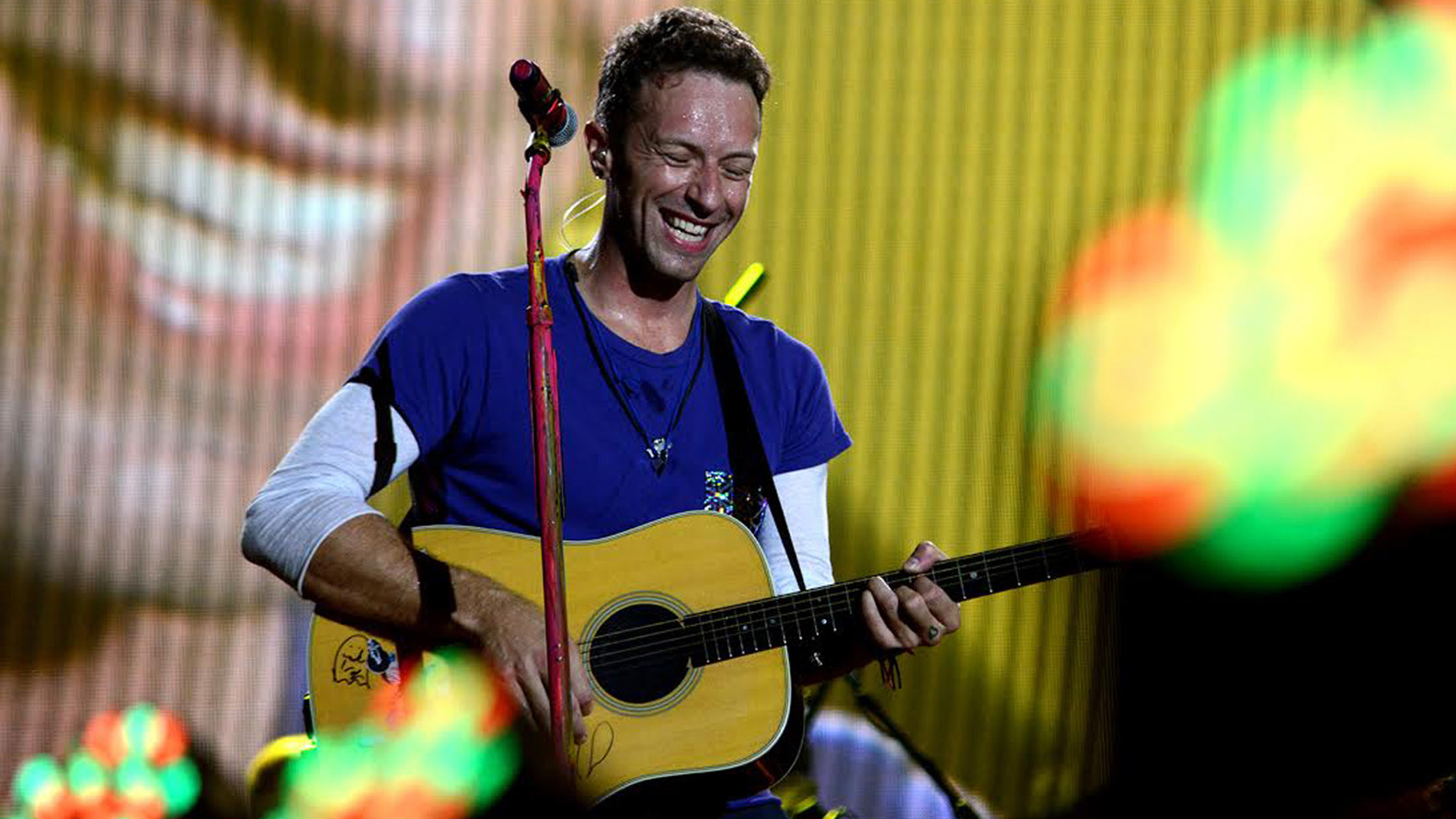 It will be Coldplay’s fourth visit to the country

Nobody knows where the count will end, the truth is that Coldplay was at the head of the box office artists on this ground. A fact that can surprise for not having the history or the local tradition of their podium companions, however the businessman gives them the corresponding credit. “Coldplay is one of those bands that in the history of pop music the Argentine public is adopting as their own”, sentences Grinbank. “Making a Soda Stereo song, choosing Argentina to open and close their last tour, are elements that bring us closer, and puts Coldplay within that circuit that includes bands like the Rolling Stones, Iron Maiden or the Ramones”, adds the businessman, and is encouraged to give a forecast: “I think they are going to beat the record”.

What is undeniable is that Martin and his team present one of the best shows that can be seen in a stadium. On this occasion they will present the Music of Spheres tour, which returns them to the road after the pandemic and with which they intend to address sustainability initiatives and commitments to the environment. And beyond joints, there is an artistic solvency to support such a feat. “They released a very good new album, the video for “My universe” with bts that rejuvenates them and they have a history of many hits”, points out the producer who brought artists like the Rolling Stones, Paul McCartney, Madonna and U2 to the country for the first time.

In the exercise of trying to rationalize a popular phenomenon, Grinbank places the Monumental as another element to highlight. “The comfort of River’s stadium makes a perfect cocktail, to which is added that the World Cup is held at the end of the year and that River does not play at home and allows for so many shows. River has a pole of attraction above any stadium”, emphasizes Grinbank. A stadium that will make sure for the ninth consecutive time to beat to the rhythm of hits like “Yellow”, “Clocks” and “Paradise”. And a band that seeks to keep all the records of the most important rock arena in the country, collecting the post of Roger Waters and the Rolling Stones, who together with Soda Stereo at the local level hold the highest marks.

nine bricks in the wall 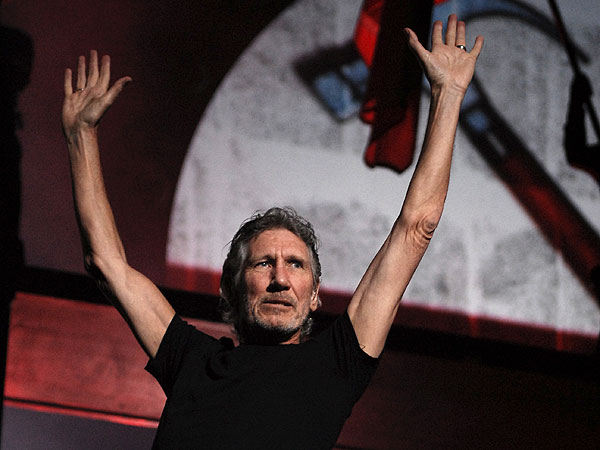 In 2012, Roger Waters brought his show to Argentina The Wall Live. For nine nights, spread between March 7 and 20, the River stadium was set as the pharaonic work skulled on the ashes of the Second World War that transcended its time. The rockers who saw it in late-night theaters at the end of the ’70s, the new generations who adopted it as their go-to album, the outsiders who didn’t want to miss a show that went far beyond a rock concert said they were present at the Monumental to see an unforgettable show.

The barrier was stipulated at 500 thousand tickets sold, and the furor was such that it gave rise to a series of rumors linked to the artist. There was talk of a free closing concert at 9 de Julio, and even the presence of his former partner and intimate enemy David Gilmour to star in a reunion that never took place. The concrete thing was that the demand and shortage of the Briton’s agenda to add dates was such that it was decided that the last concert would have the public standing, increasing the capacity of a stadium that had the little sign hanging sold out.

In 2007, Waters had already visited the Monumental to present another of his emblematic works, The dark side of the moon. They were two nights less pyrotechnic but equally emotional, with Floyd classics that cast a spell on a crowd that had no idea what they would see five years later. In this way, Roger adds 11 concerts at the River stadium, currently placing second on the podium. 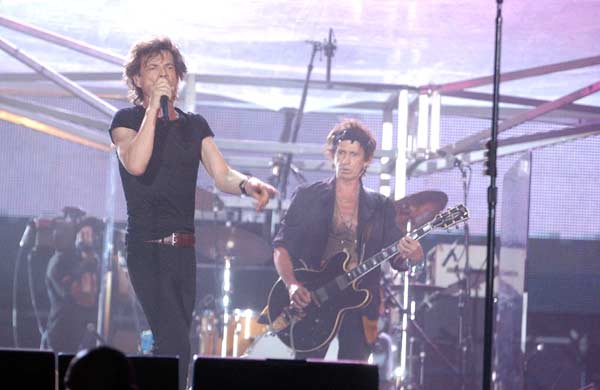 Mick Jagger and Keith Richards in 2006 at River Telam 162

Before VIP field and social networks, the first visit of the Rolling Stones to the country was a true phenomenon of popularity. After an infinity of rumours, the dream of the homeland stone came true between February 9 and 16, 1995, with five full dates at the River stadium. It was estimated that about 350 thousand fans saw their Satanic Majesties, who arrived as part of the Voodoo Lounge Tour to assist unbelievers to the legion of fanatics who adored them in the south of the continent.

The British returned twice more to the River stadium to become the artists who stepped on that stage the most times. In 1998 they gave another five concerts, the last two with bob dylan as an unforgettable opening number, and in 2006 they were a couple more in the presentation of A bigger bang, completing twelve shows in the largest stadium in the country. A brand that is threatened by Chris Martin and his people, with the dream that the tour that begins at this time in Spain will bring them once again. 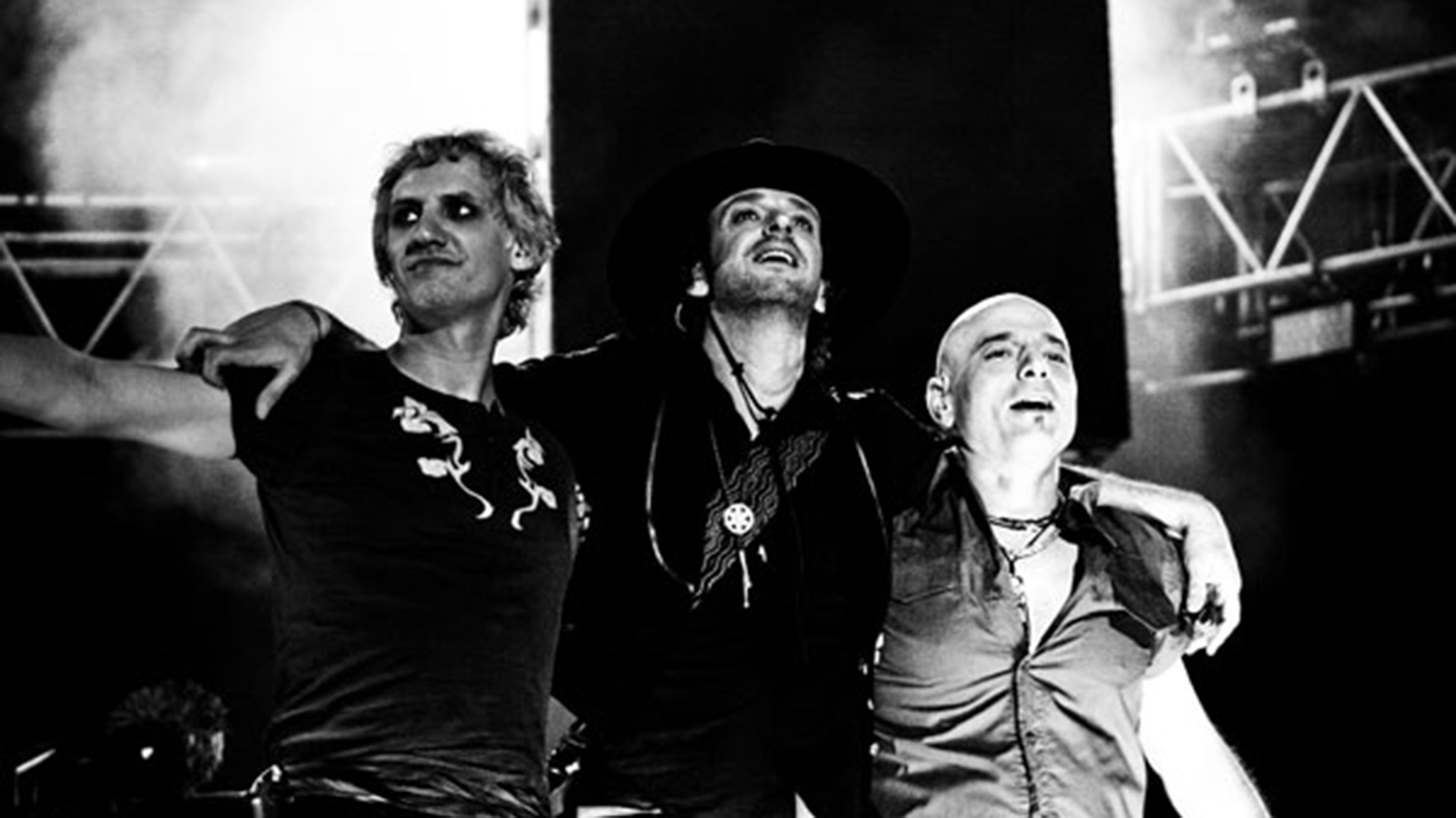 The three Soda at the closing of the second concert, on October 20, 2007. (Photo: Germán Saez – sodastereo.com)

Gustavo Cerati, Zeta Bosio and Charly Alberti they ended Soda Stereo in 1997 with a small continental tour. After conquering Latin America, making mythical places such as the Gran Rex Theater and the Obras Stadium, the well-remembered Vélez de animal song and from the massive free concert on July 9, they did not arrive at River until their farewell tour. It was on September 20, 1997, with the “Thank you totals” improvised by Gustavo in the last chords of “De musica light” that went down in history.

The trio stepped on the Monumental again ten years later to set a local record. There were six concerts distributed between October 19 and December 21 within the reunion tour you will see me return. As a color fact, the history of Soda and Coldplay has a bond that goes beyond the ticket count. During their last visit in 2017, at the show held at the Ciudad de la Plata Stadium, the British performed a heartfelt version of “De musica light” in tribute to Gustavo and with the corresponding greeting. The story did not end there and Chris Martin participated as a guest virtual singer in Thanks Total. Soda Stereo. total thanksan emotional reunion with the history of the trio. 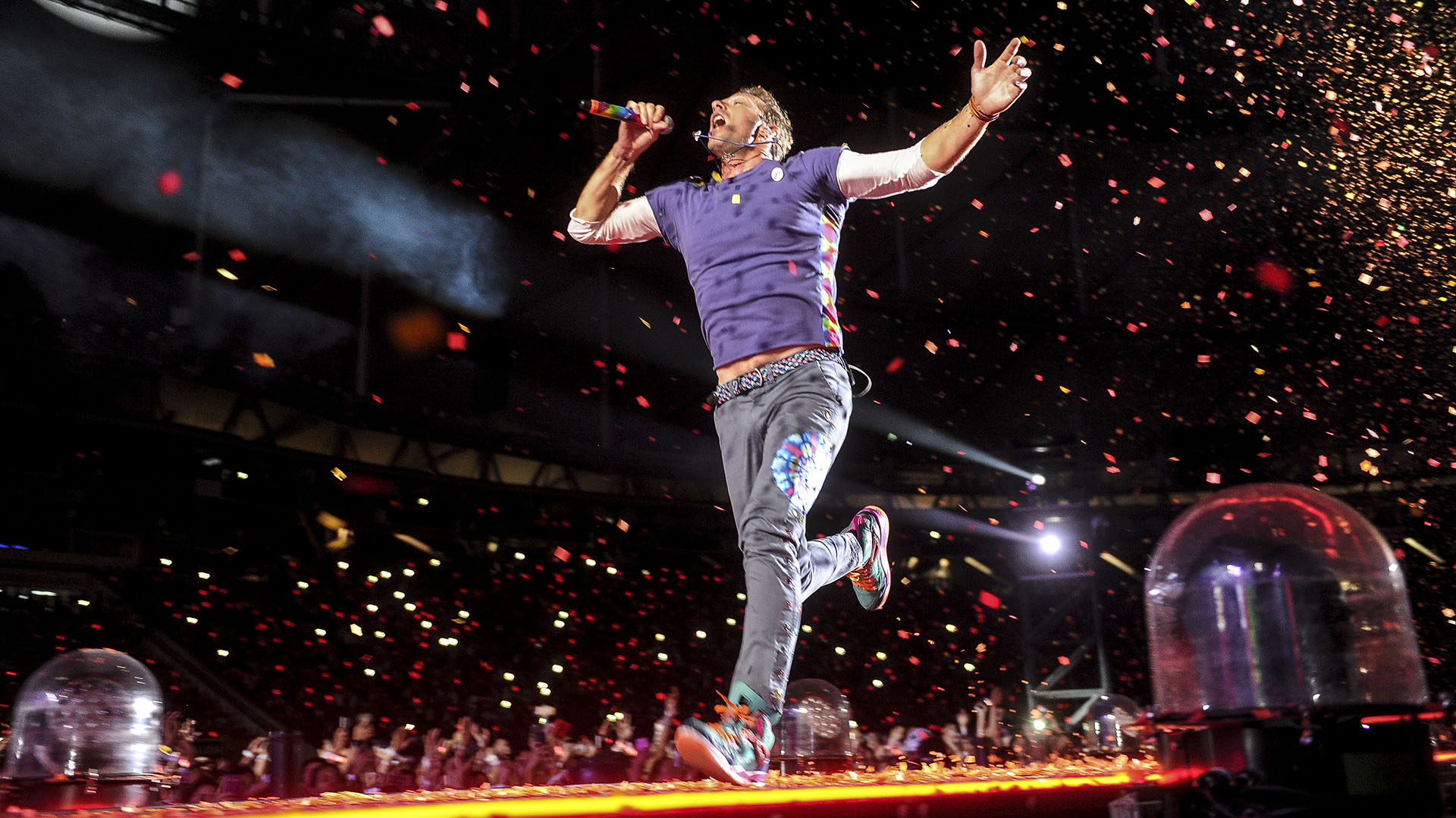 An effusive Chris Martin on his last visit to the country. Photo: Fernando Gens/amb

With nine dates confirmed at the moment, and waiting for the start signal to break the record, Coldplay claims its place among the most beloved bands by the Argentine public. They are about to write their own history, between local giants and international legends, and as the artists who best understood stadium rock of their time. Gone is their first visit in 2007 at the Gran Rex Theater, which grew exponentially three years later when they debuted in River. The band returned to the country in 2016 to open and close their tour A Head Full of Dreamswith four concerts at the La Plata Stadium, which bordered the 200 thousand spectators. Time will tell how this story ends.

Coldplay sold out their eighth show at River in two hours and added a new date: how to get tickets
Abel Pintos announced shows in Mar del Plata in January 2023: when and where tickets can be purchased
Las Pastillas del Abuelo turns 20 and celebrates them with all its fans